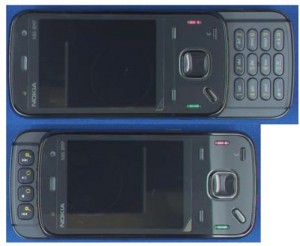 We’ve been waiting to put Nokia’s next-generation cameraphone in our pockets since we first put hands on the 8-megapixel monster in Barcelona, and that wait may soon be over. The FCC has just approved the Nokia N86 8MP for US GSM networks!

The Nokia N86 sports an 8-megapixel Carl Zeiss camera with all kinds of snazzy technology that’s sure to make it one of the best cameraphones you’ve ever had the pleasure of using. The mechanical shutter makes for some high-quality pics and really cuts down on the camera’s shot-to-shot time (a major sticking point for just about every other cameraphone out there). And, best of all, the N86 will sport the same dual-sliding design that first made waves on the N95.

No word on pricing, availability or any carrier deals, but with the FCC blessing the N86, we’re sure to see Nokia’s flagship cameraphone hitting shelves sooner rather than later.

This is not exactly what we could call the "pure mobile news," but it's somewhat related as we're talking about...