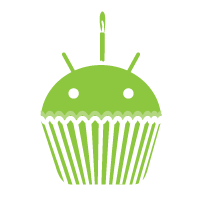 T-Mobile G1 owners have been patiently waiting for T-Mobile to roll-out the Android OS 1.5 update, known as “Cupcake,” through over-the-air installations. Alas, we’ll all be waiting until at least next month before T-Mo gets the eagerly-anticipated Android OS 1.5 “Cupcake” update to the entire US. But, that doesn’t mean you have to wait on T-Mobile to get your hands on the new Android OS. The Android OS 1.5 ROM is now available through the Android Code website as a free download – and with a little elbow-grease, anyone can force-update their G1 without T-Mobile’s help.

With video-recording, homescreen widget support, stereo bluetooth and an on-screen keyboard, the Android Cupcake update is worth getting your hands on. For those of you already familiar with force-updating your G1, go ahead and do your thing (the steps are the same as we’ve outlined previously). Follow these instructions to force-update your G1 to Android OS 1.5 “Cupcake” –

I'm not sure have you heard of BumpChat, but it's an iPhone/iPod Touch application for dating on the go. Recently,...