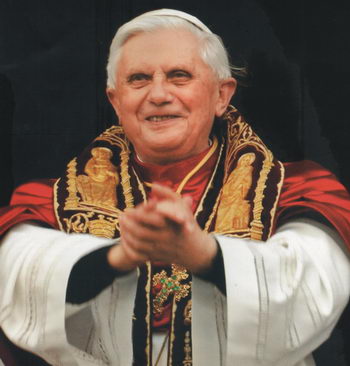 Pope, or that’s Vatican, is preparing to launch an iPhone app. I guess it’s the people/organization around him that will do most of the work, but still – it’s yet another proof just how Apple succeeded to excite and engage the world for its mobile platform.

The so called Pope2you/H2Onews app will bring users timely, insightful news about the life of the Church in the world. In that sense, the app will feature audio and video from the Vatican Television Center and Vatican Radio, travels and speeches of Benedict XVI, as well as key international ecclesiastical events.

Once released, the application will be available in eight languages: Italian, English, French, German, Spanish, Portuguese, Hungarian, and Chinese.

In the meantime, you can sign-up and be informed when the app officially hits the AppStore.

As a side note, Pope Benedict XVI is also on Facebook now!

We knew it will be opened during this week and now we have the official press release! Nokia's Ovi Store...