The BlackBerry Storm’s rose to the top of the smartphone charts despite being burdened by an awkward press-to-click touchscreen mechanism. BlackBerry maker Research In Motion calls this technology “SurePress.” All I’m sure about is that it was a half-baked band-aid feature aimed at convincing the consuming public that BlackBerry smartphones could innovate on the touchscreen front too.

RIM knows this. They’ve done away with the 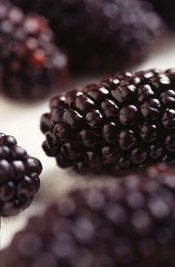 clicking touchscreen on the BlackBerry Storm 2, replacing it with a more reasonable capacitance-based touchscreen. Previous rumors hinted at a new haptic-feedback technology called  “TruePress” being used in the Storm 2, which would put SurePress out to pasture. But, according to Engadget, RIM CEO Mike Lazaridis has confirmed that “SurePress” will live on in the BlackBerry line.

To be fair, SurePress, in theory, could have been great. Unfortunately, RIM’s touch paradigms limited SurePress to little more than a gimmick attract potential iPhone customers. Here’s to hoping SurePress lives on as a more thought-out touchscreen technology that what we see on the Storm.

In the mobile world, if you're standing still, you're dead in the water. With their main rival Verizon Wireless already...