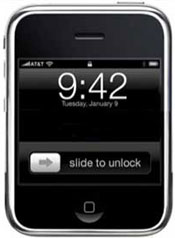 Calm down, this is just a mockup

Tomorrow might be all about the Palm Pre, but Apple’s WWDC 2009 may be the talk of the town when it kicks off on Monday, June 8. The latest rumblings from the rumor mill has Apple one-upping the WebOS-powered Pre with a cheaper iPhone going on sale as soon as Monday. The Financial Times reports that “people familiar with the initiative” have shed light on Apple’s plans to announce a lower-priced iPhone, with units available for sale the same day!

The cheaper iPhone, according to analysts, might come in at a price-point $50 to $100 cheaper than the current iPhone’s $199 price (with new contract, of course). That would make for a $149, or even a $99, iPhone going on sale during WWDC 2009. A cheaper iPhone “Nano” might be just be the surprise that Steve Jobs is rumored to be announcing  during the WWDC keynote.

The move to offer a bargain iPhone model could be a potential boon for Apple. The iPhone maker claims just 11% of the world’s smartphone shipments, which is just a fraction of Finnish mobile phone giant Nokia’s 41% share and BlackBerry maker RIM’s 20% share. A super affordable iPhone might attract an entirely new demographic to Apple’s iconic smartphone platform.

If Apple does indeed one-two punch the mobile world with an iPhone announcement and sales-launch at WWDC 2009, Palm could see their hype-heavy Palm Pre sharing the limelight with Apple’s new wares. This should be fun to watch…

Steve Jobs may return to Apple for new iPhone launch

Tim Cook has been manning the helm at Apple's Cupertino, CA headquarters since Steve Jobs went on hiatus due to...