Fans of Nokia’s Nseries smartphones are probably throwing their hands up in celebration right about now. Why? Because the North American version (NAM) of the Nokia N97 is now available in the US!

Following on Nokia’s announcement that the Nokia N97 would launch in 75 countries this month, the Finnish mobile phone giant has gone live with a US 3G-compatible Nokia N97 NAM. The Nokia N97 NAM is available now for $699 unlocked and sucka contract-free. 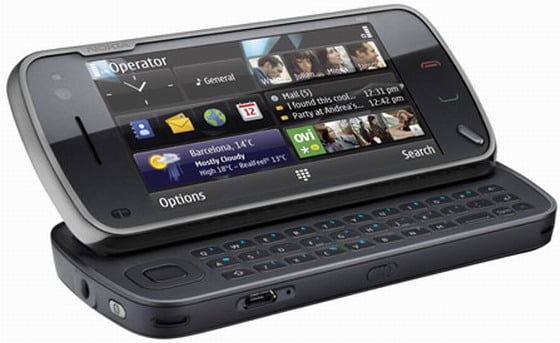 The iPhone 3G S and the Palm Pre may be getting all the hype this week, but it’s hard to discount Nokia’s range-topping Nokia N97 and its 3.5-inch near-HD touchscreen, 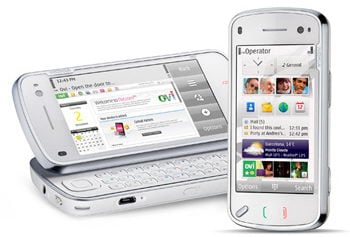 This is the White variant

5.0-megapixel Carl Zeiss camera, WiFi, GPS, microSD slot, 32GB on-board storage QWERTY keyboard and HSPA data connection. But, will the Symbian-based Nokia N97 have what it takes to fight the more intuitive and finger-friendly iPhone OS and WebOS? Sound off in the comments!

Find the Black Nokia N97 NAM hanging out in Nokia’s flagship stores in Chicago and New York City with a $699 price-tag around its neck. If you want the White Nokia N97 NAM variant, you’ll have to order through Nokia’s website.

While the iPhone can't claim to slice and dice blocks of cheese, the iPhone has "converged" an aruably more useful...