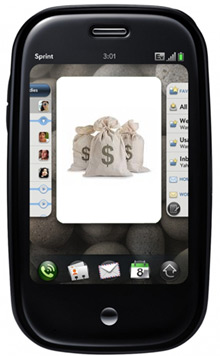 Early reports I read on launch day had a mediocre outlook for the whole Sprint/Palm Pre situation. Lineups were short, and the ‘hype’ didn’t seem to reach the same stratosphere as past iPhone launches. Looks like this is one of those cases where you can’t believe the ‘hype’… or in this case, the lack of it!

The Palm Pre has sold out nationwide, which is no doubt another item to be checked off on Sprint’s ‘checklist to recovery’. As Simon noted, Sprint hasn’t released any numbers yet, but the weekend launch of the Pre has been the best launch weekend for any Sprint device. If you’re still looking around for a Pre, don’t worry… Sprint stores are re-stocking the devices often, in some cases daily. So keep checking your local store and sooner or later you’ll get one.

Tip of the cap to both Palm and Sprint. Hopefully this is the start of something good… But watch out for the new iPhone 3GS…and the newly priced iPhone 3G (price dropped to $99)… That’s some stiff competition! 🙂