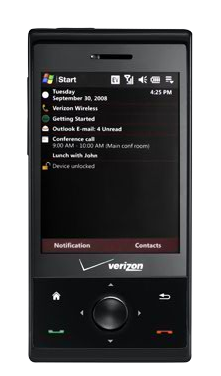 Firmware 1.08 is now available for Verizon’s HTC Touch Pro, most prominently featuring GPS unlock, so you can use it for something other than their premium VZ Navigator service, like Google Maps or Windows Live Search. Verizon’s policy on GPS had been the target of much ire before they wised up and realized people would just go to another carrier who wouldn’t strangle devices to the point of impotency. They started freeing BlackBerry’s GPS late last year, and have presumably been working through the lineup to make GPS available across the board – as they did with the Samsung Omnia i910.

As for the Touch Pro, there had been workarounds, but luckily that kind of wrestling won’t be necessary anymore. The patch includes a few other goodies, like visual voicemail (for $3/month, of course), and improved call quality. To get started, you can grab the firmware update here!

T-Mobile myTouch 3G Coming Before the End of the Month?

Getting back to some Android news, remember those leaked box shots of the T-Mobile myTouch 3G? We speculated that we...