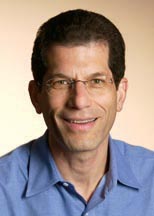 Palm has announced that long-time CEO and Elevation Partners member Ed Colligan will be replaced by Jon Rubinstein on June 12th., this Friday. Rubinstein had jumped ship from Apple back in 2007, where he had done significant work on the iPod, while Colligan had been with Palm from waaaay back in the Handspring days and helped get the first Treos off the ground. Even though it’s been a rough couple of years for Palm, especially when Colligan headed up that whole Foleo thing, the Pre counts as ending on a high note, doesn’t it? Rubinstein has a hell of a ride ahead of him with webOS to steer, but if he can do half of what he did to iPod for the Pre, Palm will be laughing all the way to the bank.

When it comes to buying a mobile phone, there's more to consider than just the up-front price tag. The "total...