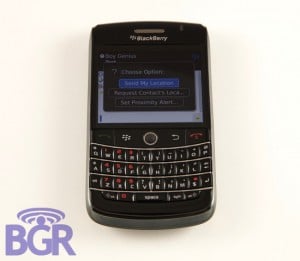 The lightweight BlackBerry Messenger app preloaded into every BlackBerry is due to get some upgrades in an upcoming OS (though the changes aren’t found in version 5.0 leaked for the Bold and 8900 Curve). It’s quite the overhaul, featuring avatar support, GPS integration, home screen contacts, and lots of other small but handy updates.

For dedicated BlackBerry users, BBM is the instant messaging service of choice, although ironically not quite as full-featured as the official GTalk, AIM, MSN or Yahoo! Messenger clients that already exist. Things like avatars make it look like BBM is only now becoming a big-boy instant messenger, but it’s in a unique position to be integrated more deeply into the device than the others with things like time zone information, proximity alerts, and conference call invites. Check out some of the screenshots below for a closer look.

If you've never tried or heard of Wolfram Alpha before, I recommend you pop over to check it out. The...