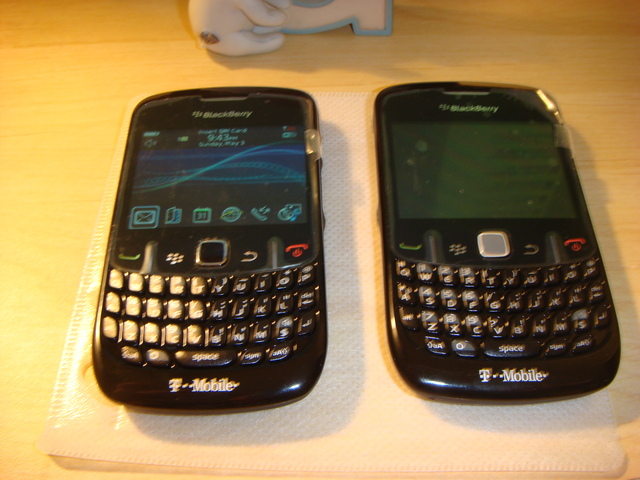 We had heard previous confirmation that the upcoming BlackBerry 8520 Gemini would find its way to T-Mobile, and to further seal the deal we’ve got a pic of not one, but two live, branded units ready to roll. The Gemini will be featuring a lot of design departures for BlackBerry (like rubberized side keys, top-mounted media controls, and a touch-sensitive pad replacing the classic trackball), but not a lot in the way of new features – in fact, a lot of people would defer to the Bold for the real horsepower. Here are some tentative specs, judge for yourself.

Earlier rumours pointed to a Q4 launch, but the latest info hints that the T-Mobile Gemini will be passing manufacturing approval for “frost” and black colours on June 22nd., and others say the launch proper will be on August 5th. Let’s keep our fingers crossed. Of course, we’re still waiting on an AT&T launch date, and there’s still no information on pricing, although there’s speculation given the specs that RIM will make this a relatively inexpensive device.