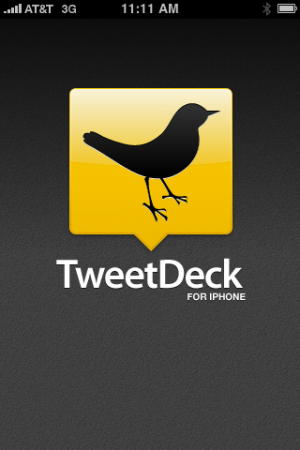 Everyone’s favorite iPhone Twitter client is about to get some serious competition in the TweetDeck iPhone app. Tweetie (iTunes link), touted by many an iPhone user as the best thing since the invention of the Twitter “mention,” is a 2009 Apple Design Award Winner and boasts more user reviews than some apps have downloads. But, that was all before we got a sneak peak at the iPhone-bound mobile Twitter client. TweetDeck for iPhone is badass, just ask Digg’s Kevin Rose!

The app is still in beta, but here’s to hoping that it hits the AppStore soon!

If you were lucky enough to one of the first to put in an iPhone 3G S pre-order through Apple's...