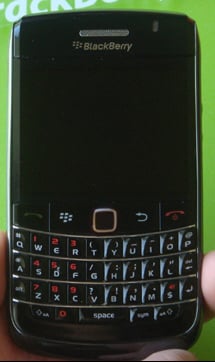 Your remember the slightly more angular successor to the Bold, the BlackBerry 9020 Onyx, right? Well, rumour has it the Onyx will follow the Curve/Gemini 8520‘s footsteps and will be rocking a touch-sensitive pad in favour of the old-school trackball. Odds are this will be a change we’ll start seeing in most BlackBerrys as RIM tries to close the OS gap between touch-sensitive devices like the Storm and their trackball-bearing cousins. Functionally, I hope a touchpad would make navigating a little more organic rather than just be a glorified 4-way directional pad, but something tells me we won’t see many significant that actually take advantage of touch.