Now that Microsoft has replaced their Live Search service with the “Bing” brand, it’s only a matter of time before the Live Search Mobile application gets a little revamp of its own. The new Bing “decision engine” has been something of a runaway success for Microsoft. I personally haven’t made the switch, but the fact that long-time Google users have at least opined positively about Bing says a lot. And, according to Microsoft’s Twitter update, the company will be bringing that success to the mobile space “very soon.” 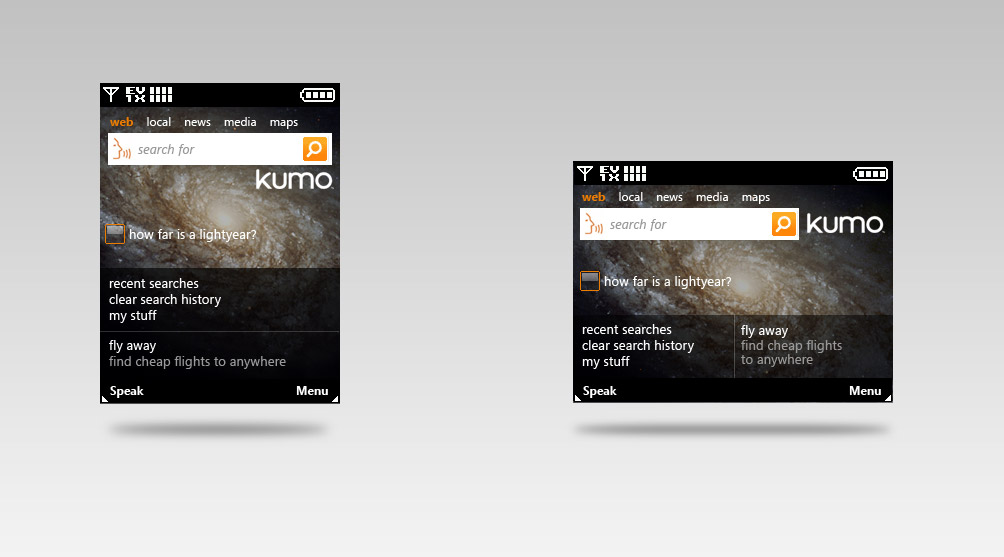 Below we have some early concept shots of the future Bing Mobile client, courtesy of iStartedSomething. The “Kumo” branding you see in the pics is the Bing Mobile client’s early-stage codename. Bing Mobile should feature all the cool location-based searches, speech-recognition and maps/directions offered in the Live Search Mobile client, and will expand support to include Windows Mobile (naturally), BlackBerry, Sidekick and BREW-based phones (Verizon). And, for you European types out there, Bing will finally include localized support for the UK, France and Italy.

The concept shots are from April of this year, so it’s likely that we’ll see Bing Mobile looking a lot like what you see here!