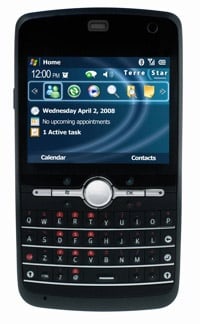 A little over a year ago, we heard about TerreStar working on a satellite-capable Windows Mobile handset, and have simply been awaiting on a satellite launch to for the phone to play with. Well, that puppy will be in orbit on July 1st., shortly after which the phone will be available on AT&T. The pricetag will purportedly be in the $700 range unsubsidized, and will hopefully cost less than $1/minute, which is the current going rate for satellite calls. That’s not too crazy, considering it’s going to space, but you’ll also have quad-band GSM and dual-band WCDMA to rely on if you happen to be within the reach of terrestrial networks. The phone will be sold primarily to local and federal government officials who need coverage in remote areas, so don’t expect it to be available in retail any time soon.

Robin Zhu, who is now the Founder and the Creative Director of RIGO Design, used to be the Visual UX...