The first OTA (over-the-air) music download service is about to hit the BlackBerry platform, and it’s going to hit in a big way. The Telegraph is reporting that, as expected, 7Digital is preparing to launch their BlackBerry music download service this September. Once live, 7Digital’s BlackBerry application (available soon in the BlackBerry App World) will connect push-emailing BlackBerry users with a 6+ million song library in the US, UK, Canada, France, Italy, Germany and Spain. Better yet, much of the music will be DRM-free and completely downloadable to a BlackBerry smartphone using a wireless data connection. 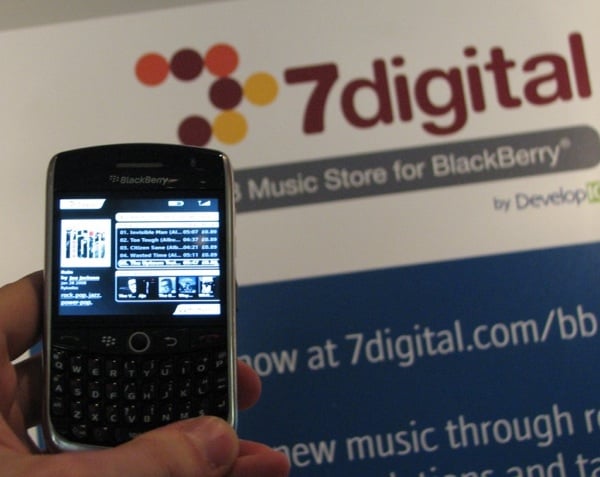 Unfortunately, 7Digital’s CEO Ben Drury confirmed to the Financial Times that his company will not offer an “all-you-can-eat” subscription option for the music download service. The unlimited downloads per month model resulted in “limited success” for Nokia, so it makes sense that 7Digital wants to steer clear of that particular path. Instead, each track will ding your wallet for 79 cents.

7Digital’s BlackBerry app will download lower-quality versions of all songs when using a cellular data connection – which makes sense since only some BlackBerry smartphones boast support for faster 3G data networks. But, once you get within range of a WiFi network, 7Digital will automatically replace the low-fi song with a high-quality version that can be played through your home speakers (via BlackBerry Remote Stereo Gateway) without compromising fidelity.

This latest piece of iPhone news just goes to show you that you don't need any logical reasoning skills to...