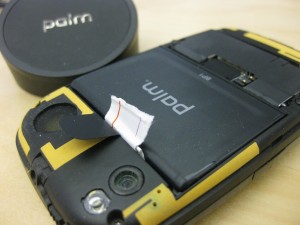 I’ve been using the Palm Pre for a few days now, and I am apparently a victim of the random-shutoff bug that’s plagued early production units. The random power-off problem is caused by a loose battery that sometimes loses touch with the connector – usually a result of sliding the Palm Pre’s screen up or down.

The loose battery/random power-down issue highlights just how important build-quality is to a smartphone’s overall user experience. So, how many of you Palm Pre owners out there feel the same way? Sound off in the poll!

Advertisements should invoke some sort of emotion. Whether it's an upbeat, musical TV commercial or a scantily clad model on...