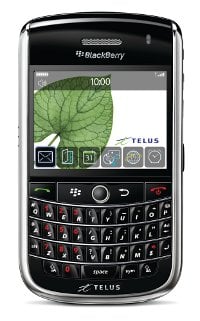 OK Canada, you’ve now got 2 carriers to choose from when it comes to the brand-spanking-new BlackBerry Tour. Earlier today, TELUS announced the availability of the BlackBerry Tour 9630, a few days ahead of schedule.

For full details or to order, head on over to TELUS.

On top of France, Germany, Italy and Spain getting the go-ahead for BlackBerry's on-device software store, App World, we just...