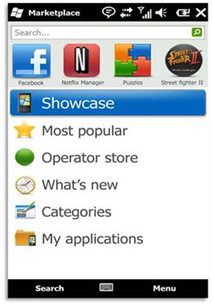 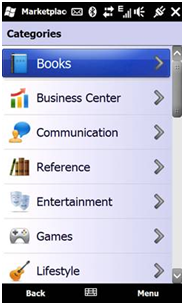 Registration for the Microsoft Marketplace for Mobile opened up back in May, and now developers can mark July 27th. on their calendars as the date to submit their Windows Mobile application to the on-device store. The Marketplace will be one of the big features of Windows Mobile 6.5 due to launch this fall, offering basically the same thing we’ve seen in the iTunes App Store, Android Market, and Nokia Ovi Store, and BlackBerry App World. Alongside the announcement are these two screenshots showing an early look at the app in action – pretty standard. Windows Mobile 6.0 and 6.1 support should roll in by the end of the year.

The registration is open to 29 countries – a very impressive number, given the BlackBerry App World’s inaugural three. (Though to be fair, the iPhone started with just the U.S.). Hit up http://developer.windowsmobile.com/ on July 27th. onwards to get your app included early on. If you’re feeling especially ambitious, there’s apparently a competition on the way as well…

Video after the jump!

Sweet merciful crap. That's all I've got to say about this one. As you might have heard, the Apple App...