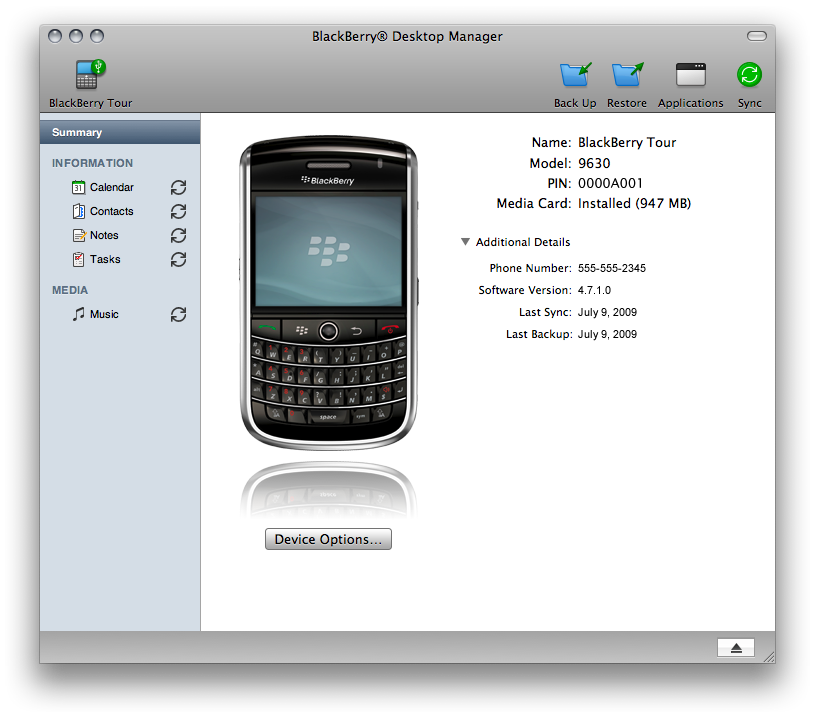 Good news, everyone! RIM has officially announced a long-overdue BlackBerry desktop client for Mac. Contacts, music, calendar, notes, tasks, apps, OS updates, backup/restore… the Desktop Manager will handle everything that has been exclusive to PC up until now. RIM started showing a little bit of love to the hip crowd when they introduced Media Sync for Mac, but this is what people have really been waiting for, and will be available come September. Although I have to fight off an odious twitch every time I see the Apple logo, I’m really happy for my brothers-in-‘berrys who have been stuck with purportedly crappy PocketMac and Missing Sync options for way too long. Hit up RIM’s teaser site to sign up for notifications, or peruse some of the screenshots below for an early look.