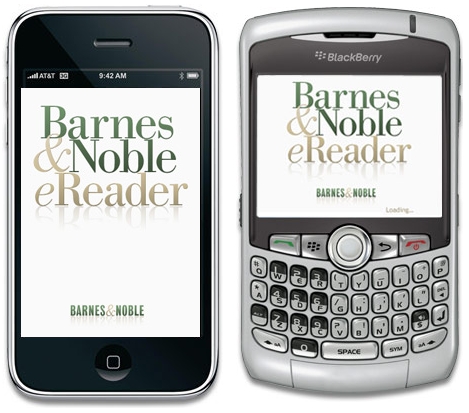 Barnes & Noble, a chain of retail bookstores in America that I greatly miss, announced yesterday that they’ve opened an eBook store with 700,00 titles, which includes roughly 500,000 books that are in the public domain, and that readers will be able to enjoy their books on the iPhone, iPod Touch and BlackBerry. This move can be seen as a direct response to Amazon and their Kindle eBook reader, as well as Kindle iPhone app. While 700,000 eBooks may seem like more titles than Amazon’s 300,000 eBooks, Amazon does not offer books from the public domain. One can argue Amazon offers 100,000 more, up to date, eBooks. Barnes & Noble has also announced that they’re going to bring the Plastic Logic eBook reader to market in 2010 to compete with the Kindle. Thanks to DRM, whatever eBooks you buy from Barnes & Noble will not be readable on Amazon’s Kindle or iPhone app, and the same goes for buying Amazon eBooks on Barnes & Noble devices. I’ve said it several times on Twitter, I’ll say it again here: Dear Amazon: Bring the Kindle to Europe!

With Apple's Q3 results coming out today at 17:00 New York time, the company is under extreme pressure to deliver...