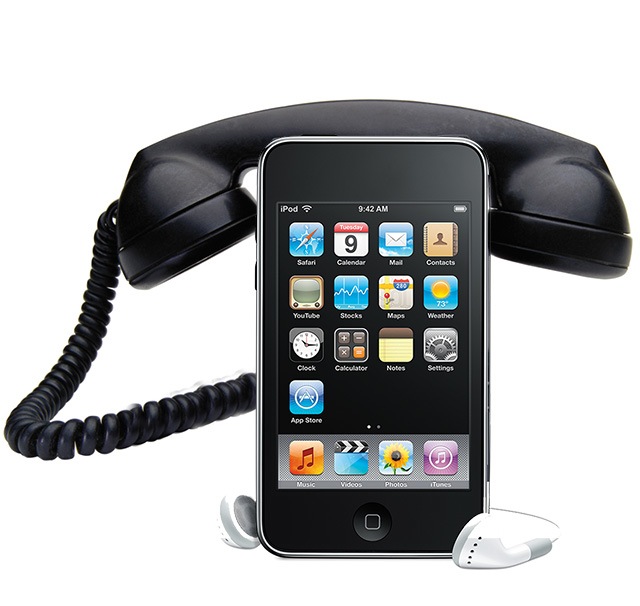 Apparently the next generation of iPod Touch will be picking up some of the features of its big brother, the iPhone. A camera and microphone will be included in the new model, due in the next two to three months, turning the ubiquitous MP3 player into a wholly respectable voice-over-IP device. VoIP services are already available through apps like Skype used in combination with an in-line microphone, but having that mic built right in will get a lot more people using these services, and with nearly identical software to the iPhone, making the leap to telephony should be an easy one for the iPod Touch. This is a pretty big move for Apple in side-stepping those pesky carriers trying to take a slice of the pie, and a major boon to any VoIP providers out there. I wonder how many people who have been deterred from getting an iPhone by AT&T’s network coverage will end up nabbing a Verizon Mifi portable hotspot and one of these new iPods?