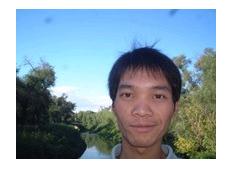 First off, Foxconn employee and graduate student Sun Danyong is the real victim here. Sun is the 25-year-old Foxconn worker entrusted with a gaggle of next-generation iPhone prototypes. After losing a prototype, Foxconn allegedly interrogated Sun through physical abuse and humiliation. On July 16, Sun apparently jumped to his death from the 12th floor of his apartment building – Foxconn says the death was a suicide.

But, there are other victims in this sad tale. Sun’s family and girlfriend are no doubt distraught by his death. They are victims too. Sun’s last text message to his girlfriend must have left a lasting mark:

“Dear, I’m sorry. Go back home tomorrow. I ran into some problems. Don’t tell my family. Don’t contact me. I’m begging you for the first time. Please do it! I’m sorry.”

As a kind of consolation for the their loss, Foxconn has reportedly paid Sun’s family approximately $44,000. Sun’s girlfriend has also reportedly received an Apple laptop.

We have to wonder what prompted Foxconn to pay $44k to Sun’s family and give the girlfriend a MacBook of some sort.

Even with all that money being spent on "zips" of purple kush, pot-heads across the US have driven over 1000...