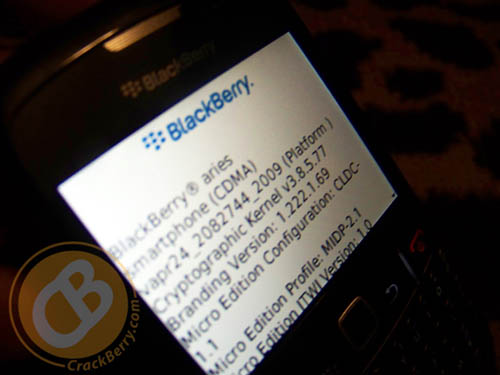 Those of you locked into Verizon contracts and eyeballing the recently-announced 8520 Curve on T-Mobile will be happy to hear a CDMA version is in the pipes. The 8530 (code-named Aries) was spotted first a few months ago, and according to the new spec sheet, is markedly similar to its GSM cousin:

Wi-Fi on CDMA BlackBerrys looks like it’s going to be the new standard, which, needless to say, is a long time coming. No word on a release date, but it’s safe to assume pricing will be in the same ballpark as the 8520 ($129.99 on contract), and the same model should be coming to Sprint around the same time.

Here's a cool one for the Android users (Android-ians?) out there. Most will of course know that Facebook for Android...