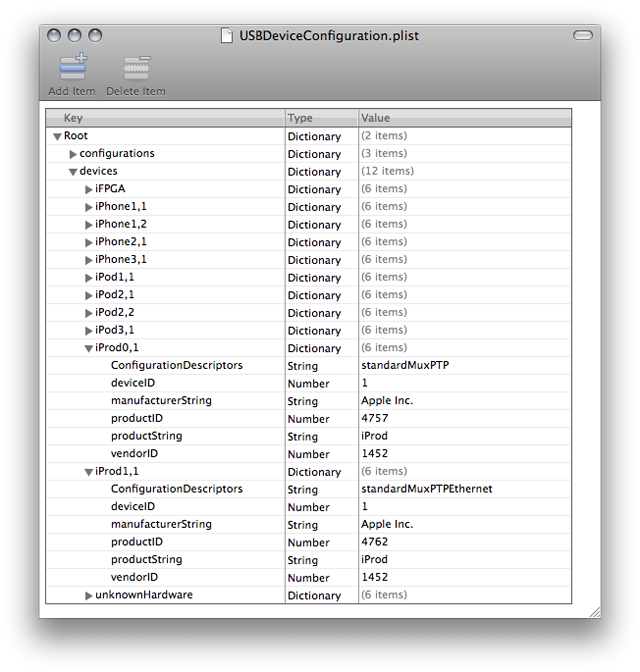 Before we talk about the Apple/Mac tablet that Stefan absolutely believes is a crock of bullshit, let’s talk about the latest iPhone OS 3.1 beta release. The still-developing iPhone OS 3.1 beta contains a USBConfiguration.plist that refers to some sort of “iProd” device. The mystery device indicates configurations for “standardMuxPTPEthernet” and “AppleUSBEthernet,” both of which are used by the iPhone.

Now, the unknown “iProd” device could have something to do with the China-specific iPhone that Apple is crafting for China Unicom. But, given the entirely new model name (iProd) and “1,1” designation (uprated from “0,1” in the iPhone OS 3.0 firmware), there’s talk of the iProd device coming to market as the Mac Tablet. Stefan says there is no tablet, and he makes a strong case for his position. On the other hand, there are dubious reports of at least one analyst having handled the tablet. Other reports show increased orders for 10-inch displays.

We’ll have to wait on Apple to announce their iProd device before we know more. For now, we’ll keep playing the guessing game.

Party time, iTunes is now available in Mexico - those of you south of the border (south of two borders...