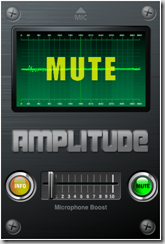 So you’re an iPhone developer. You love how easy it is to develop powerful iPhone apps with rich user experiences. But, you can’t help but think of the millions upon millions of Windows Mobile Windows Phone users that have never even heard of your app. Well, we have some good news for you. Microsoft has posted a new technical document that should make it a little easier for iPhone devs to port their apps to the Windows Mobile platform.

All the technical details can be found here. For the non-developers out there, the important take-away here is that Microsoft is embracing the iPhone developer community. Rather than trying to take on the AppStore head-on, Microsoft has realized that they can leverage the AppStore’s incredible catalog of iPhone apps to help populate the Windows Marketplace. We see it as a smart move for Microsoft.

Now, about that Windows Phone branding….