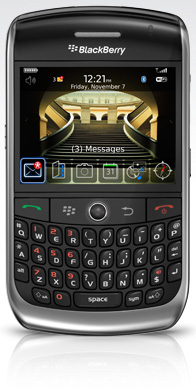 According to IDC Research, the BlackBerry Curve is the head honcho when it comes to U.S. smartphone sales in the second quarter of ’09. It’s no surprise, given the BlackBerry 8900’s widespread popularity, but there is certainly some heated competition from the runner up, the iPhone 3GS. A variety of other BlackBerrys rocked the top ten list, with some Windows Mobile nods near the end. Even the G1 and Palm Pre take a spot on the list. Without further ado, here’s the rundown.

Keep in mind that this is hardly the final say, it’s only the earnest effort of a research firm. It seems a little crazy that the Storm maintains a spot on the list, but despite all the bad rap SurePress suffers, there are some people who use it without any problems whatsoever. Is that true to the point that it honestly sells better than the Palm Pre? The G1 I might be able to understand, but I definitely see the Storm’s position changing next quarter when the myTouch 3G is taken into account. What do you guys think of the results?

If you thought the innovative HTC Sense UI on the HTC Hero was limited to the Android OS, you'd be...