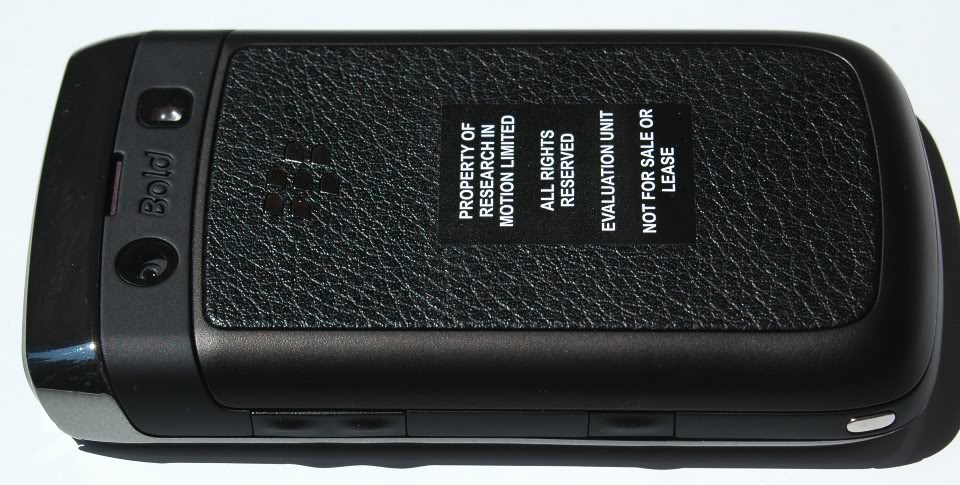 A new batch of pictures of the BlackBerry Onyx have surfaced, giving us a clearer look at that leather battery door, as well as prominently carrying the Bold brand on the back. Between the trackball-to-trackpad, the battery door change, model number switch, and now the new logo, we’re seeing a lot of progress on the Onyx, even if it’s mostly superficial. The substantial changes in the BlackBerry 9700 (previously called the 9020) will likely be on the software end of things; the keypad is markedly similar and the trackpad certainly won’t be a huge transition for most veterans. The 9700 is bound to be a fine iteration on the grand-daddy Bold 9000, even if it’s primarily by way of beefed up memory, camera, and OS. AT&T is confirmed to be picking it up, but we’ll be keeping our eyes out for signs from other carriers and release dates.