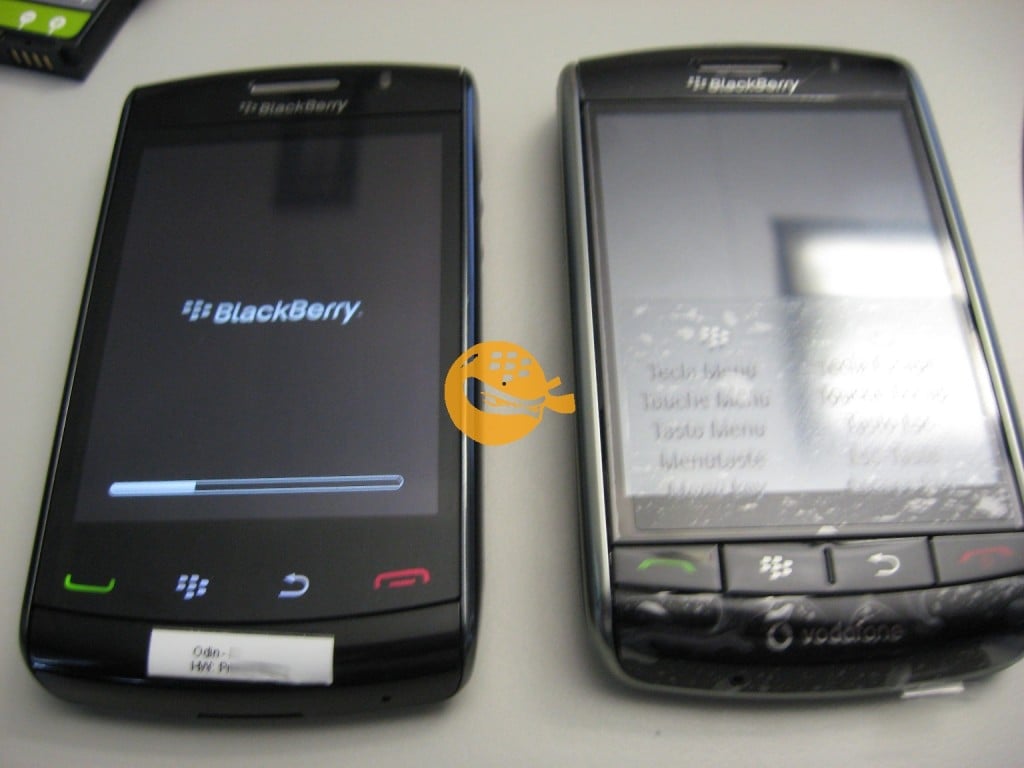 After much ado surrounding the Vodafone BlackBerry Storm 2, we’ve finally got some pictures of the 9520 running on the German Vodafone network. Aside from a fancy new loading screen and software 5.0.0.138 running on the device code-named Odin, the tipster also hints at signs of a BlackBerry 9990, running OS 5.1. We had heard that model number earlier, although there were serious doubts of its legitimacy – hearing about it again from a separate source certainly has us reconsidering. Maybe it’s that touchscreen Bold code-named Magnum… The Storm 2 coming to Verizon will also be including Wi-Fi, so no need to get overly jealous of this GSM version, although it has taken a long time for CDMA BlackBerrys to include the feature. If the first Storm’s SurePress didn’t turn you off, or the lack of Wi-Fi was a deal-breaker, the Vodafone BlackBerry 9520 and Verizon BlackBerry 9550 are both expected to be released this October.

[via The BlackBerry Ninja]

To go along with the latest round of specs for the Motorola Morrison, we've also learned that 'Hello Moto' is...