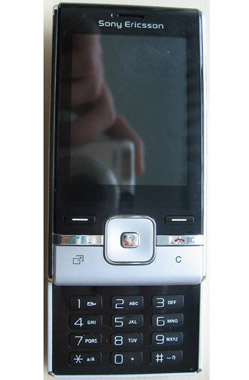 Sony Ericsson certainly needs some growth these days and in that sense they’ve pushed their recently announced Sony Ericsson T715a (where “a” stands for America) through FCC’s approval process. The 3G bands found on the phone (850/1900 MHz) are ready to sing along AT&T’s and Rogers Wireless’ network, and in that sense we wouldn’t be surprised to see this baby officially announced by any of the two carriers in the near future.

For the record, the European version of the device (without “a”) has also been approved by the Commission…

Samsung m850 Dash gets FCC approval; Spotted in the wild

Remember the Samsung m850 which we caught at invisibleSHIELD/ZAGG's website? At that point, we thought it will be Sprint's next...