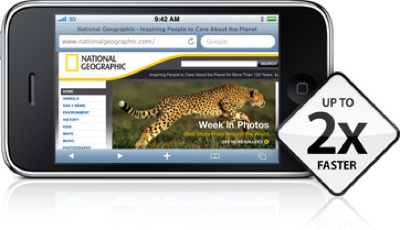 3G.co.uk lets us know about a new report that tries to estimate the number of UK users – and comes in somewhere around 7 to 17 million…

The report is called (perhaps unsurprisingly) “UK Mobile Internet“, and reviews key factors causing the growth in usage – advertising is one driver that is picked up on (again perhaps, no major surprise there).

Other drivers include the wealth of 3G-driven new smartphones, along with our old favourite social networking!

Personally, other wider factors such as a new generation of youngsters who are completely techno-iterate (and have only even grown up in a digital world), and the push in to mobile by companies such as Apple (and to a lesser extent, other CE manufacturers) has also had an impact – I guess it would kinda nice to see a report that in some way covered this off too.

Anyway, going back to this report, you can take a deeper look here.

Orange UKs Blog (called 'The Feed') often finds interesting stuff - and this time is no exception. They report on...