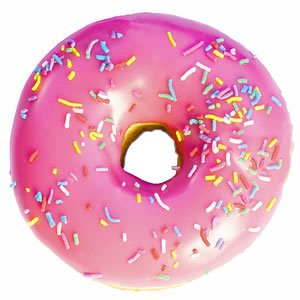 As the Android OS continues to evolve and take on new features, Android smartphones around the world will continue to improve. Various Android development branches, colorfully named “Donut” and “Eclair,” are being prepped to bring new features to the Android users everywhere. That is, unless you’re using a T-Mobile G1 or any of the other HTC Dream variants out there. To the dismay of many a T-Mobile G1 user, it seems the original Android smartphone just doesn’t have enough system memory to handle the upcoming Donut and Eclair versions of Android. As it stands, the most recent Android 1.5 “Cupcake” firmware has already come up against the G1’s memory ceiling. With subsequent Android development updates (Donut, Eclair) expected to require even more memory, it’s unlikely that the G1 will be able to handle the extra load. As one Android developer tweeted:

“As much as I’m hoping that it’ll be possible to somehow continue updating the G1, I can’t promise anything.”

But wait, it gets worse. The latest word on some shady Asian street has HTC preparing to bring their HTC Sense UI to the HTC Magic… but not T-Mobile’s variant, the T-Mobile myTouch 3G. You probably remember the Sense UI as the single most intriguing feature on the HTC Hero smartphone. The Sense UI is by far the most advanced Android UI and would take the HTC Magic to a new level of Android awesomeness. Unfortunately, the T-Mobile myTouch 3G uses the Google-branded version of the OS, which limits what carriers and manufacturers can do to the Android OS. Those limitations prohibit HTC and T-Mobile from customizing the myTouch 3G with any homescreen or application that hasn’t been sanctioned by Google themselves – it would stray away from the “Google experience.”

This is mostly bad news for T-Mobile subscribers with Android smartphones. Hardware and licensing limitations have proven to be a major bump in the Android roadmap.

Update:
We have confirmation that T-Mobile is still committed to Android updates. To clarify, the G1 will continue to receive updates to its Android OS – it’s just unlikely that Donut or Eclair will hit the G1/Dream. We’re also told that the Sense UI is not part of the “Google experience” and so won’t see any playtime on the myTouch 3G.

Qik makes it onto iPhone AppStore without live streaming

Qik has made a name for themselves as the premier live video-streaming service that allows mobile phone users around the...