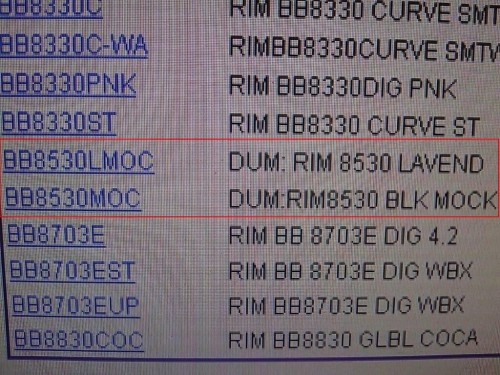 Verizon’s first Wi-Fi-enabled BlackBerry looks like it’s getting ready to go, as SKUs of dummy units in both black and lavender paint jobs have shown up in their internal inventory. Besides the long-awaited inclusion of Wi-Fi and running on a CDMA network, the BlackBerry 8530 is just about identical to the Curve 8520 recently released on T-Mobile.

OS 5.0 seems likely, especially after this morning’s Smart Card Reader announcement, and if the timeline adds up, we could be seeing this one as soon as September.