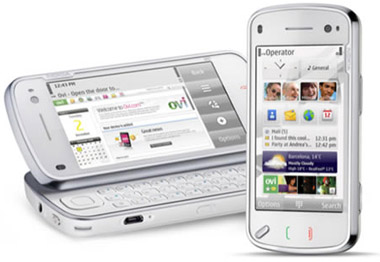 I’ve waited with this article for quite some time now, trying to find good arguments to suggest our readers to go on and grab the N97, but honestly I couldn’t. Again, this is not to say the Nokia N97 is a bad device – it’s just too expensive for what it offers.

Sure there’s 32GB of built-in storage, but I’m sure people would appreciate more the 4GB version for 200 bucks/euros/pounds less. Unfortunately, that kind of N97 doesn’t exist.

Plus and again unfortunately, that’s not the only bad thing about the N97, as I pointed in my previous article. That keyboard, slow CPU/insufficient RAM, plus the user interface are the main points for NOT buying the device. Keyboard especially, since we all know Nokia knows how to make decent keyboards from their other models such as the E75, E90, E71, and so on. On the same note, from the leaked photos of the so called N97 mini, we see it will come with similar keys which is a bad thing. Waiting for the first Maemo phone is all that high-end Nokia handset users can do at this stage, or at least that’s my take.

Anyway, the summary is – don’t buy the N97! It has all the bells and whistles of the high-end device (GPS, WiFi, compass, 5 megapixel camera, etc), but all that could be made to work in a much better way. Replacing a CPU is one thing that could make a huge difference and make the device respond much faster — but that would kill the margins. This way, Nokia kills its fans, which is a sad thing. Hopefully, the upcoming N900 Rover will be a completely different story — can’t wait to give it a try. 🙂