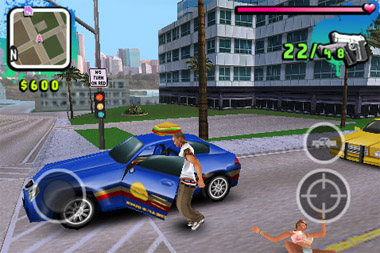 Gangstar: West Coast Hustle is a new iPhone/iPod Touch game that brings Grand Theft Auto-style action to your beloved device. The storyline sees you leading a former Los Angeles gang banger who returns to the city to take a top position of the criminal underworld.

Of course, getting to the top involves tons of “interesting” activities such as beating up prison inmates, escorting prostitutes and chasing down drug dealers for cash. You play across six chapters in LA, filled with GTA-like missions.

Screenshots do look promising, but the question is – whether Gangstar: West Coast Hustle can repeat the success GTA had on consoles and PCs. It certainly sounds promising, and there’s only 7 bucks ($6.99) to pay to give it try…

Those who use Friendfeed to follow their friends' activities will be delighted to know that the iPhone app for the...