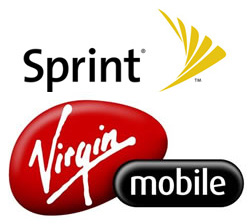 Sprint Nextel is one step closer to gobbling-up prepaid US wireless carrier Virgin Mobile USA. Following Sprint’s July 28th announcement that it would acquire Virgin Mobile USA for $483 million, the FTC has given the No. 3 US carrier the thumbs-up on the buy-out. The Federal Trade Commission announced Monday that it had ended their review of Sprint Nextel’s Virgin Mobile USA deal, citing no objections to the deal. The FCC has yet to approve the deal.

Sprint Nextel, which already owns a 13.1% stake in Virgin Mobile USA, stands to gain some 5.2 million additional subscribers from the deal. Virgin Mobile’s strength in prepaid wireless service would give Sprint an upper hand in the growing no-contract market. Indeed, Sprint’s prepaid arm, Boost Mobile, has been doing well for itself since it launched its $50 unlimited calling plan. Adding Virgin Mobile into the mix would only make Sprint stronger in that segment.

Now that the FTC is on board, the next step is to clear the FCC’s review process. Which, according to analysts “will take some time.”

What's the first thing that comes to mind when you hear about a Jabra Halo Bluetooth Headset? If you're in...