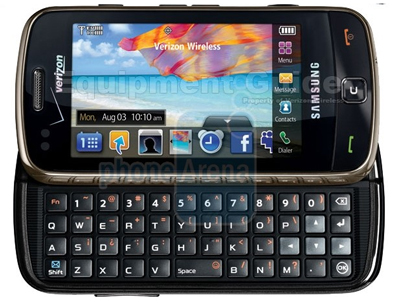 The last we heard about the Samsung Rogue is that it would be coming to Verizon this month for $370, but that window has apparently been pushed up to September 8th. The U960 Rogue is expected to pack GPS, EV-DO, and a a 3 megapixel camera in the Glyde-esque slider form factor. The Intensity handset made a debut in the same leak, carrying a $160 pricetag, although we don’t have any info on specs; regardless, we hear it’ll be launching on September 8th as well. Sprint’s Touch Pro 2 is curiously landing on the same day – I would say it should make for some tight competition between U.S. CDMA carriers for back-to-school crowd, but it’s hard to imagine any students being able to afford the TP2’s purported pricetag.

Direct shipping of Sprint's Touch Pro2 will begin September 8th., according to the latest internal records. We've already had a...