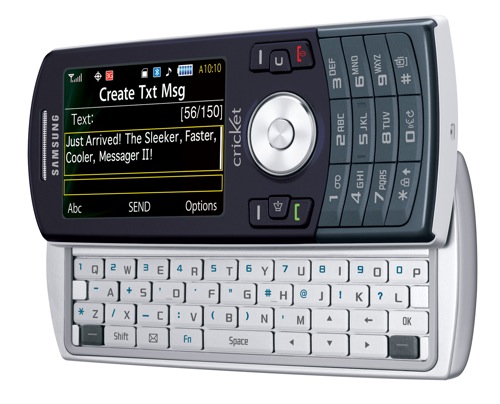 Not to be outdone by fellow prepaid wireless carrier MetroPCS, Cricket has today announced that the Samsung Messager II is now ready to bring its sliding QWERTY keyboard to customers with power-texting needs. As the update to the Samsung Messager, the Messager II sports an upgraded features. The Messager II boasts a 2-megapixel camera, 3G data connectivity, video recording and playback, and support for web and email.

The original Messager has become one of Cricket’s hottest selling phones, and this successor comes to market packing a sleeker design and more powerful features. Cricket is offering the Messager II for $199.99 for use with unlimited text and talk plans starting at just $35. Of course, you’ll have to be living in a state that’s serviced by Cricket.

I had few days to think it through about Nokia's recently unveiled netbook and unfortunately I'm sad to report I'm...