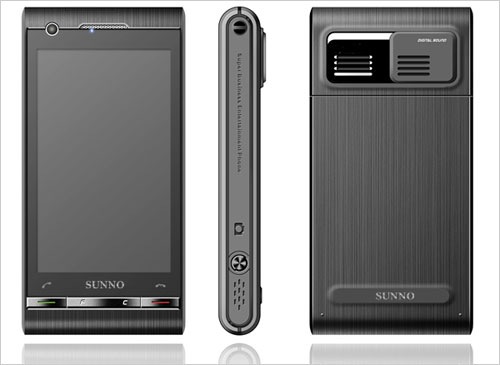 Here are some pictures of an unreleased Chinese handset, the Sunno S880, that supposedly will dual boot both Android and Windows Mobile. If that alone weren’t enough of a selling point, the specs are pretty dang good, too.

We’ve seen scrappy developers pull off the Android dual-boot trick on the Nokia N95, but it’ll be interesting to see a proper manufacturer build in the feature from scratch.  It would certainly be nice to have Windows Mobile for its versatility and software selection, and be able to switch to Android for its smoother user interface. If you’re in a position to pick one up, the Sunno S880 should be going on sale October 15th.

The upcoming Instinct HD aka Samsung Dash has been caught in the wild. The all-touchscreen phone got the FCC clearance...