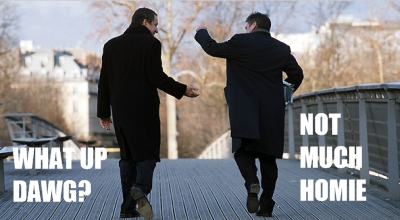 Tomorrow I’m going to celebrate my first month without Facebook. I’ve been using the service since it originally came out and was only offered to University students. I stuck with it when they added the news feed feature that at first was heavily controversial, yet today is looked upon as one of the key reasons why the site is successful. I even stayed with the service when they decided to open up the network to anyone with a valid email address.

No one today can deny the usefulness of what Facebook has to offer. Unlike MySpace, which was originally used by bands to promote their material, but then evolved into a place where people tried to collect friends like a 10 year old tries to collect Pokémon, Facebook is all about building a network of people you actually know and providing an easy way to keep up with what they’re doing. For me, Facebook even replaced my phone book. It didn’t matter what mobile device I was using, I would just go to Facebook’s mobile site, login, search for my friend’s profile, and then call/text them. This feature was so handy that I didn’t even bother remembering my own phone number and would often go to Facebook just to copy and paste my digits.

Somewhere, somehow, Facebook started evolving into something that wasn’t very desirable. You knew MySpace was going downhill when you logged on one day and saw that you had a friend request from a bottle of Pepsi, or a can of Axe deodorant. With Facebook, it was logging on one day and seeing your mom, and your mom’s friends, trying to become your friend that may have signaled something weird was happening. For others it was the Facebook applications that sprang out of nowhere and quickly turned people’s profiles back into the hideous malformed websites that we all used to remember as MySpace profiles. For me, it was the realization that I was interacting with all my friends in a highly efficient manner that made it just as easy to see what my best friend was doing, as someone who I don’t even talk to, yet accepted their friend request anyway as a gesture of good will.

Before social networks, and trust me, there was a time before social networks, building a relationship with someone actually required some investment of your time. I remember, as a kid, calling my friends after school on a land line phone and seeing who was free to play basketball. I remember having to make a choice about who to tell about my date last night with the girl in our chemistry class. I remember that my best friend, by process of elimination, was the guy who I spent the most time with and revealed all my deepest secrets, fears, and desires to, and he would do the same. Back then my relationships with people involved contacting them to arrange a lunch or handball game at the local park, and then catching up. Today, thanks to technology and our need as a species to be as efficient as possible, we all tell Facebook, Twitter, and our blogs what’s new with our lives, and expect the people we care about to read/watch/listen to the media we produce.

When did this shift occur and is it a good thing?

Now I’m not an old person. I’m over half a decade away from being 30, so what I feel must be felt by some of you out there. Doesn’t it feel good to get a text or a call from a friend that simply says “hey, what’s new?” or an offer for a lunch date to catch up? That person is going out of their way to see what you’re doing, because they’re genuinely interested. You can say “nothing is new”, or reject the lunch date, but at least you know that someone out there was curious as to what is going on in your life. There is nothing like that in Facebook. The person whose profile I used to check 20 times a day, and the person whose profile I checked once a week, neither of them knew that I was reaching out to them and checking what’s new with their lives. Facebook has effectively made relationships so easy to manage, so fine tuned, that a lot of what makes relationships deep and meaningful, or casual and comfortable, has been lost in translation.

In the technology world there are two ways one can go about getting new information: pull and push. In the pull model you as a client check a sever at a set interval of time for new data. In much the same way that I as your friend would ask you daily, whether it be over the fone/IM/SMS, what’s new in your life? If nothing is new, you’d say nothing. If something was new, you’d tell me all about it. In the technology world the pull method is deemed highly wasteful since making a request for new information, and receiving none, is considered inefficient. In the push model you as a client don’t do anything and just sit, waiting, for a server to contact you. We see that in today’s world where I don’t ask you what you thought of the party last night, I just wait for you to update your Facebook profile. This is deemed as highly efficient, and therefore the proper way for a data transaction to occur.

When did the choices on how we manage our lives become tied to replicating the way infrastructure is setup to reduce server load?

When I left Facebook I received a handful of emails and texts from my core group of friends. They all had the same reaction: what the fuck?! I all told them the same thing: the time I spend on Facebook is time I could be spending hanging out with you. They scratched their heads, thought about it for a few seconds, and said OK like nothing ever happened. Today, instead of getting an email from Facebook saying someone has written on my wall or someone has sent me a private message, I get email from my friends asking me what’s new with my life and when I’m free to hang out.

We do hang out, probably more so than before I left Facebook. We catch up with each others lives. We tell each other stories. We build stronger relationships. I left Facebook because I knew that a status update typed into a text field is far more interesting to listen to out of my friend’s mouth over a pint of beer, or in the sauna, than reading off my mobile phone’s screen. Facebook was the best social network I’ve ever joined, but after a few years of using it I can safely say that it is going to be the last.

This may sound just a bit strange, but the truth is always stranger than fiction...Always. A survey by the Chicago...