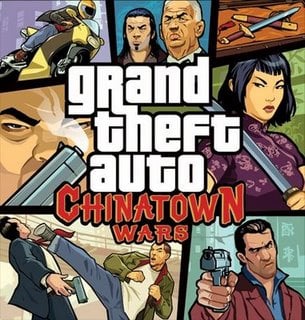 Rockstar Games’ critically acclaimed Grand Theft Auto: Chinatown Wars is heading for the iPhone / iPod Touch this fall. In GTA: CW, you play as Huang Lee, a spoiled son of a recently killed Triad boss who travels to Liberty City to deliver a sword that is considered a family heirloom to the new boss, his Uncle Wu Lee. His trip turns disastrous as Huang Lee is robbed of the sword and left for dead. It is now up to Huang Lee to find out who stole the sword and return it to it’s rightful owner.  If you’re a fan of the Grand Theft Auto series, especially the original games where the action took place from a top-down view, you’re going to want to make sure you’ve got this gem on your iPhone at all times!

In addition to that, Rockstar Games also announced it’s upcoming portable music creating application, which features beats from famous hip-hop producer Timbaland, will also be making an appearance on the iPhone.

“The simple, pick-up-and-play nature of Beaterator lends itself so well to the Apple platforms,” said Sam Houser, Founder of Rockstar Games. “We are happy to deliver an application that allows for such unprecedented sharing and ease-of-use.”

Expect both Grand Theft Auto, Chinatown Wars and Beaterator to arrive in the Apple App Store this fall.

Video: iBand from Tech21 may be the only iPhone case you’ll ever need; survives nuclear holocaust