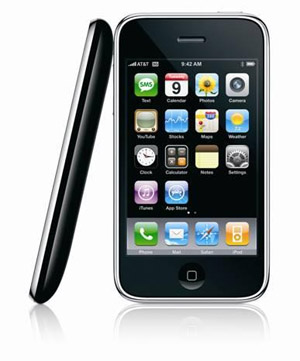 We knew the iPhone was getting support for MMS (picture messaging) from AT&T sometime this month. We’re not going to dwell on the fact that other iPhone carriers around the world have already been playing with MMS on the iPhone for some time. What’s important here is that AT&T has finally stamped an official launch date for the release of their iPhone MMS service. That date, is September 25. Mark it down in your calendar.

Just the other day we posted a rumor that iPhone OS 3.1 might be launching sometime around Labor Day, and with it, some officially official iPhone AR apps and possibly MMS support. With AT&T’s iPhone MMS service slated to go live the week after next, it’s unclear if iPhone 3.1 will be pushed out next week. We still are expecting to see at least one AR app hitting the AppStore around Labor Day, so take that for what it’s worth.

For now, we’ll just be happy with confirmed dates for AT&T MMS on the iPhone. Come September 25, we’ll be celebrating MMS functionality by sending out a single MMS and then proceed to never touch MMS again.

Yo yo yo all you beat freaks! Star6 has announced the Star6 Video Freakout contest (http://agilepartners.com/apps/star6/contest/).  Star6 fans are invited...