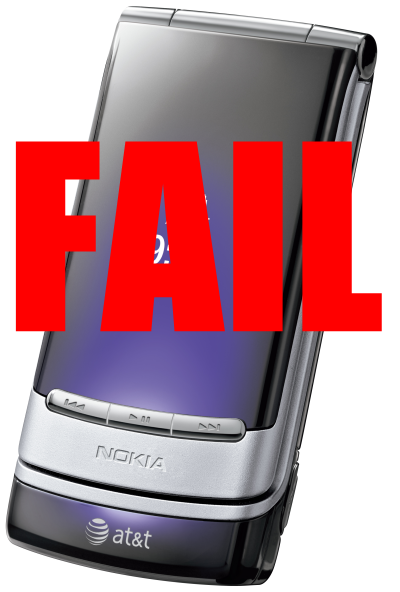 The Nokia Mural, a really low end cheap clam shell phone that doesn’t even run S60, has been pulled off the shelves according to The Boy Genius Report who cites that the 3G feature inside the Mural has been “inadvertently turned off during production at Nokia.” Are you serious? Nokia doesn’t even know how to make dumb phones that work in the Americas now? How are they supposed to increase their market share in the land of White Castle (as an expat living in Finland, I desperately miss White Castle) when they can’t even get 3G working? All current Nokia Murals in AT&T stores are being returned to AT&T’s main distribution warehouse where they’re going to be flashed with a new firmware. I would hate to be that guy, who sits on his ass all day, 8 hours a day, flashing firmware because Nokia screwed something up. No word as to when the Mural will go on sale again.

Right now OtterBox primarily offers two lineups of phone cases: the Impact series, which are lightweight skins, or the Defender...