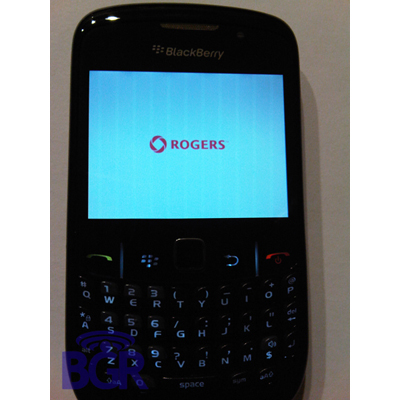 Well looky here, what do we have? Shots of a Rogers branded BlackBerry Curve 8520? Yeppers, looks that way. Over the weekend some shots were leaked of the Curve 8520 in Rogers livery, hinting at the fact that the device may show up north of the border sooner rather than later. I should note that no Rogers branding was actually spotted on the device itself… only the Rogers logo was spotted on the boot-up screen. But hey, that’s good enough for me 😛 It’s only a matter of time now before more pics and launch date rumors start trickling in. Stay tuned for more on the Rogers BlackBerry Curve 8520.