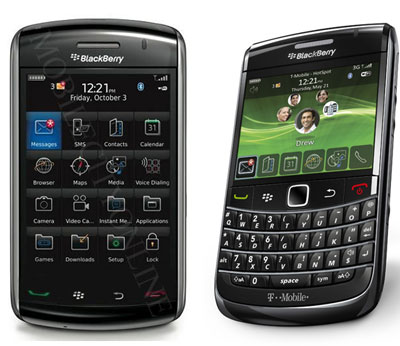 Yesterday we heard that the BlackBerry 9700 Bold (Onyx) would be finding its way to T-Mobile U.S. on November 11th., but what about abroad? Well, the latest rumours are saying that T-Mobile UK will launch the Onyx earlier, along with Rogers, in mid-October. As for the Storm 2, we had seen SKUs appear in Vodafone’s database, and now it appears that the BlackBerry 9520 will be available around the same time as T-Mobile UK’s Bold (mid-October). Verizon should follow shortly thereafter in the U.S., then Rogers and maybe even Bell in Canada.

As ever, these dates are subject to change at the whimsy of their respective carriers, but should provide a reasonably accurate ballpark.

Two hot handsets are getting a tentative release date on T-Mobile; the Motorola cliq and BlackBerry 9700 (a.k.a Onyx) should...