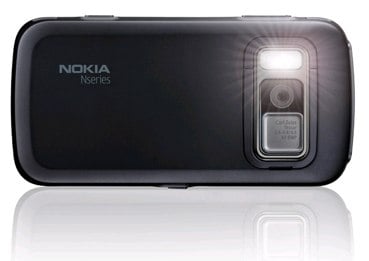 Nokia’s N86 cameraphone isn’t just your run-of-the-mill smartphone with an 8-megapixel camera. With a mechanical shutter, 8-megapixel image sensor, incredible low-light sensitivity and decent shot-to-shot times, the N86 enjoys its place at the head of the cameraphone table. And, it’s now available with full AT&T 3G support in the US! Nokia has finally given Americans a chance to own the latest and greatest cameraphone from Espoo, and it’s available online for $469 – Nokia flagship stores in Chicago and New York are asking $499 for the unlocked handset.

There’s a catch, though. The Nokia N86 NAM (North America) will only be available in the Indigo color scheme. The N86 features an 8-megapixel Carl Zeiss camera (with dual LED flash and autofocus), 2.6-inch AMOLED display, GPS, WiFi and 3G data – and that’s just the tip of the iceberg. Check out our review of the Nokia N86 here.

Verizon might be getting a new Windows Mobile toy, but AT&T will have a little something to offer as well,...