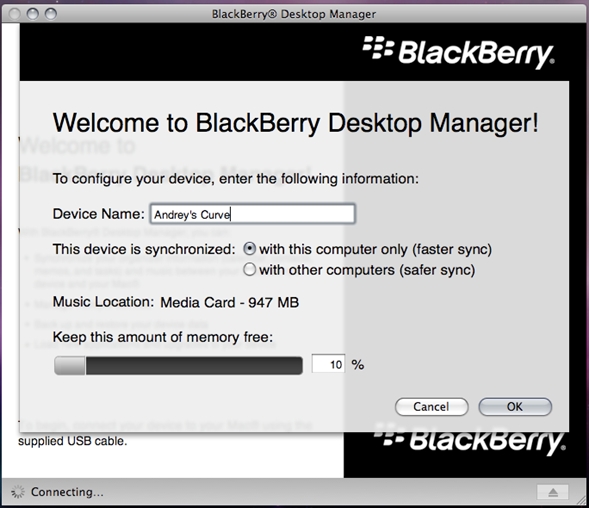 Some of you in the cross-section of Mac/BlackBerry users have been slobbering over the screenshots of Desktop Manager for Mac since the June announcement. Well, how about some fresh eye candy? Functionally, it doesn’t seem like there’s much new going on – sync contacts, media, backup data, manage applications, yadda-yadda. The newish feature in this batch of screenshots is the Welcome Sheet, which helps you set up your BlackBerry when it’s first plugged into the Mac. Otherwise, the DM looks like it will more or less handle everything the Windows version does. It’s been a long time coming, but RIM is aiming for a September release, so really sometime in the next week. If you just can’t wait for an official launch, I hear there’s a leaked version floating around somewhere… Otherwise, enjoy the screenshots.

OS 4.6.0.297 for the BlackBerry Bold on AT&T is once again available after an initial release followed quickly by some...