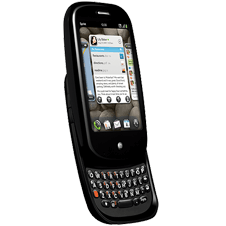 Quick, what’s the first smartphone to come to mind as the best alternative to the iPhone 3GS? If you’re like many consumers, you probably answered “Palm Pre.” A new report from Interpret highlights the Palm Pre’s success in climbing the mindshare-ladder, especially since Palm Pre sales volume isn’t exactly mindblowing. According to the study, the Palm Pre plays second fiddle only to the venerable iPhone 3GS in many smartphone consumers’ minds.

Interpret analyzed how consumers view smartphones. Turns out, people expect smartphones to not only be “smart” (feature rich) but also “cool” (hip design) and “productive” (increase efficiency). Given those two metrics, the Palm Pre beat out the Android-powered HTC G1 as well as the BlackBerry Storm as the smartphone most worthy of the higher price-tag. The Palm Pre even bested the iPhone 3G. 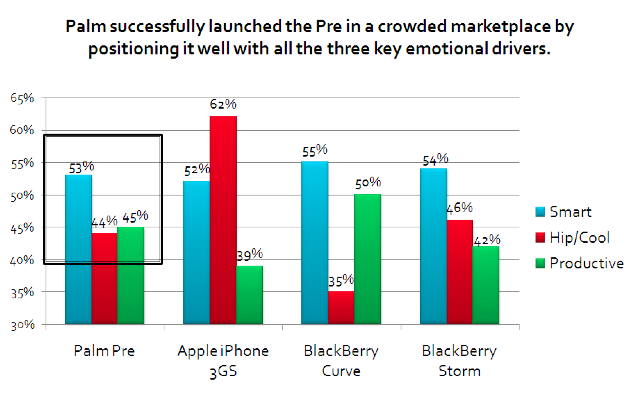 Check out the report here.