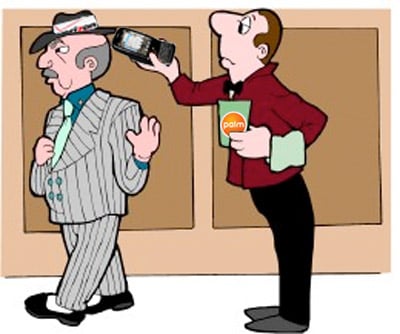 Uh oh. The Palm Pre may have just hit a major obstacle on its road to smartphone glory. The Palm Pre is largely seen as the once-leading smartphone maker’s make-or-break device, but is so far only available on underdog wireless carriers Sprint and Bell in North America. Verizon was expected to bring the Palm Pre to its massive network of mobile subscribers, which is as big as they come in the US, helping Palm sell more units than they could have hoped for on Sprint alone. Alas, word on the street has Verizon Wireless basically pulling an about face and shunning the Palm Pre. If the rumor pans out, Palm might see one of the legs to their Palm Pre strategy cut out right from under them.

The sudden change of heart is puzzling, though. Verizon had previously indicated that they had their sights set on the Palm Pre. Verizon’s CEO was even quoted as saying that devices like the Palm Pre would hit Verizon’s network this year, despite Sprint’s assertion that they had the Pre locked down for 2009. Then, the Palm Pre was spotted in Verizon’s inventory system – which usually signals an impending hardware launch.

TheStreet is reporting that Verizon might still go through with a smaller scale launch of the Verizon Palm Pre. Verizon is said to be concerned that the Palm Pre has yet to live up to its own hype. The Palm Pre is still short of the that all-important 1 million units sold mark. There’s also the issue of Palm’s App Catalog directly conflicting with Verizon’s Vcast service. And, with headlining smartphones like the upcoming BlackBerry Storm2 and Motorola’s Android-powered Sholes expected to launch later this year, Verizon wants to focus its marketing efforts.

Without Verizon’s marketing support and mighty subscriber-base behind the Palm Pre, Palm will have to fast-track its GSM Palm Pre launches around the world. Even then, compelling smartphones running Windows Mobile and Android could give Palm a hard time this holiday season and beyond.