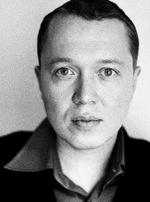 Dopplr, which Nokia purchased yesterday, was headed by CEO Marko Ahtisaari. Arctic Startup has just learned that he has been appointed Head of Nokia Design. That’s a hell of a promotion. Marko Ahtisaari has a rich history, besides being the CEO of Dopplr, he sits on the board of directors at F-Secure, Newsmill, Artek and WITNESS. He is also an advisor to FON. He was a part of the team that started Blyk. Most importantly, he is a former Nokia employee. He was the Director of Design Strategy in 2002. Good luck!

Update: Oh and one more thing … his dad is Martti Ahtisaari, former President of Finland and winner of the Nobel Peace Prize.

It's good to see Nokia finally making true world phones. By this I mean a single device that sings on...